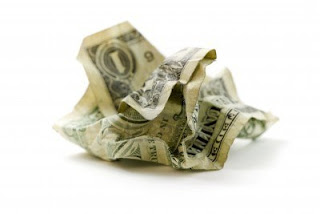 Everyone knows that individuals and small businesses are still experiencing the effects of the Great Recession that has been the worst since the Great Depression. But what effects is the dollar experiencing?

Below are highlights of our currency's woes during the recession (excerpt from Currency Wars by James Rickards):


All of this and more happened and is happening during this recession.  Yet not much attention or consideration are these issues given or being addressed during the Presidential debates...questions about what will be done, or is being done to bolster our currency isn't mentioned.  If other countries are diversifying and finding alternative investments to the dollar...should you be doing the same?  Just food for thought.