Show ME the money… 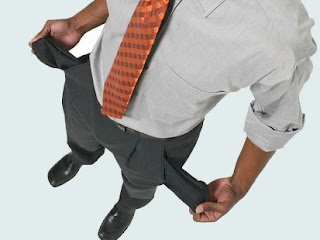 What’s all of this nonsense being debated in Congress about the best way to revive the US economy? If 70% of our economy is driven by consumer spending – then why not give bailout money and tax cuts directly to the consumers??

So far – Congress has given taxpayer money directly to the major banks and big businesses in an effort to either increase lending for consumers/small businesses and to spur employment….or maybe to provide money for bonuses as a “thank you” to the major banks for putting them in office (haha).

But if this money goes directly to the consumers – perhaps the economy wouldn’t take so long to rebound. Now I am aware that the current debt levels of our country are unsustainable, and (logically speaking) there probably should be tax increases AND a severe reduction in government spending to get the debt of this country under control. But if logic were to take hold – the economy would almost certainly reach a downward spiral, which would guarantee a quick replacement of certain politicians currently in office.

Today, our GDP is approximately $14 trillion, but our debts equate to about $13.95 trillion! To better understand this - imagine a family household with an annual income of $40,000…and imagine this same household has $40,000 in credit card debt. How long do you think it will take them to pay this debt off when they’re paying utilities, groceries, student loans and other living expenses? Most families would cut spending, reduce luxuries, and find ways to increase income to solve the debt problem. But our Congress is currently discussing ways to increase our debt ceiling so that government spending can continue! The debt ceiling has been raised at least 10 times under the Bush and Obama administrations. Uh, why do we have a “ceiling” if we keep raising it?!?

Surprisingly, some people still have total faith that the government will take care of them. How much of our retirement has been eroded by the printing presses of the Federal Reserve? How broken and underfunded is our social “security” system?

Nevertheless, there is still ample time for you to get your financial house in order regardless of what Congress does by “downsizing” your American dream.

1. Find ways to increase your income by picking up a part-time job (as the government keeps printing money – 1 job may not be sufficient anymore). Think entrepreneurially!

2. Reduce the amount of debt you owe to others, such as your car note, credit cards, student loans, mortgage, etc.

3. Invest a portion of your dollars into commodities like gold, silver, oil, wheat, corn, etc.

Be in the winning category – be productive and start now to change your financial footing so that you’re more in control of your financial future. There’s a saying that goes “don’t put all of your eggs in one basket”….so do not solely depend on the government and/or family members to save you when it comes to your finances. It can’t hurt to get off your butt and try to stand on your own feet.

It seems as if the more money you make – more money is given to you…or so I’ve been told. Maybe that’s why they say the rich get richer…??