Sometimes Great things take a while to build... 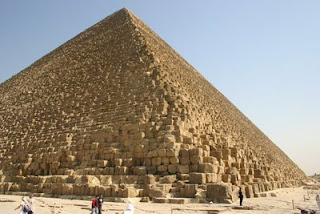 Despite the recent downturn in the economy and all of the pessimism that still lingers around today - I am rushing to take advantage and acquire as many stocks, bonds, and commodities that I could given their low cost. My goal is to increase my cash flows as much as possible while the market is down - and then realize the capital gains and the increase in dividends I would receive once the economy is back up on its feet and the price of my investments appreciates.
However, as I am rushing - eventually I began to run out of my own cash and decided to begin using margin through my broker to continue investing. There are so many undervalued companies in the stock market that I wanted as many as I could possibly get - and my cash flows/dividends were steadily increasing - but too slowly for me. So once I maxed out my margin, I began asking Congress (my wife) to give me approval to look for low interest rates on personal loans from banks to continue investing. This is where the brakes came in....
My wife - who is a bit more conservative than I am - put on the brakes and basically told me that I would eventually over-stretch myself and our family if I continued. Even though the market is undervalued - there is only so much I'd be able to accomplish without all the cards tumbling back down. Making $400-$1000 a month on dividends would be great and an additional income - but sometimes great things take a while to build!
So, of course she was right - Egypt, Rome, America, and other great civilizations did not come to be overnight. It took a while for these great powers to be established and build their wealth. Looking back at the subprime mess - where potential homeowners, investors, and flippers, were accepting mortgages that they could not afford just so that they could jump in to the real estate market or "strike while the iron is hot." Unfortunately, as we soon realized - their cards came tumbling down as the entire U.S. economy also did.