Government in the way? What you can do to better your situation. 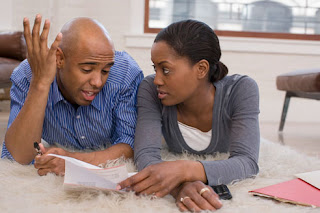 During the credit-era (2005-2007), America had a false sense of production, growth, and access to easy money in the form of credit. Anyone that could blink their eyes could get credit to buy cars, houses, investment properties, etc. We thought there was no end in sight and wanted to “let the good times roll”. But as we all know, a house of cards will soon come crashing down...and then there’s a period of rebuilding again. All the while misguided individuals are yearning to get back to the way things were and blame the current administration for not correcting the issues quickly….ironically, these individuals also say the current administration is in the way of prosperity.

So will the economy take another turn for the worse? I’d say not right now.  The government has too much money pumping into the economy that’s keeping us falsely afloat right now…the same way the credit-era gave us false growth in consumer spending and productivity. What's keeping us falsely afloat during this recession is stimulus money, bailouts, several unemployment benefit extensions, and a ridiculous jobs bill that is soon to be implemented. The problem comes when this money has to eventually be repaid back to the taxpayer…and how will the government raise revenue? Through higher taxes, of course. And starting 2011, increased taxes for individuals are definitely coming – they say it’s to pay for the government sponsored healthcare plan that won’t be implemented until 2014 – but I’m willing to bet that this money will get spent on the current deficit...and then Congress will increase our taxes again in 2014 to actually fund the government’s healthcare plan. The same way Social Security and Medicare taxes are used to fund wars…and not for our well being in retirement.

But history tells us that increasing taxes on a weak economy makes a bad situation, worse. And if history is any indication of the future…then expect a long slow path to prosperity and growth from the private sector…hopefully….depending on if the government doesn’t do any more harm than good by creating another jobs bill.

So what can you do amid the current recession and a boatload of taxes coming your way?

• Save at least 8 months of expenses

Of course, this is against what the government would like us to do right now. They’d rather we just spend the money – which is why they’re keeping interest rates slow to discourage us from saving any paper money. Nevertheless, right now the stock market is on sale across the board and you can get a better return on your money by investing it in sound companies like HD, DTE, F, XOM, PWE, SLV, and an index fund or two like SPY. Invest on your own by using discount brokerages like Sharebuilder.com, E-trade, or Charles Schwab.

The private sector is what America is made of…and what will keep America going strong. Not the government.