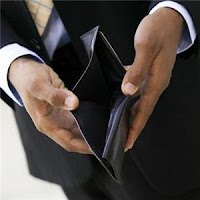 Mysha, my wife, and I were having a discussion about the Obama administration’s solution for healthcare in America. We discussed how the government has overstepped its boundaries and pretty much eliminated (at least temporarily eliminated) any solution that the private sector would have to offer. Instead of simply making healthcare more affordable, the government would rather take control of the entire industry…basically, the government aims to discourage individuals from seeking alternatives and better treatment by heavily taxing and penalizing the better healthcare plans (namely, Cadillac healthcare plans) and those indivduals.

At this point of the conversation, Mysha said something I thought was intriguing…she said “the healthcare overhaul isn’t at all about healthcare… it’s about taxes and revenue. The government is covering up a tax heist, but making it about a healthcare overhaul issue because they don’t want to truthfully tell Americans that their government needs more money to pay the tab for the wars, social security, bailouts, and our large deficit.” I paused for a moment and thought about it…I didn’t think about the healthcare overhaul being a tax heist on already hard working American citizens. I knew that there are some people in government who were squeezing the life out of capitalism and wiping out the middle class…but an actual tax heist? Sounds like a phrase used for wealth redistribution.

I decided to do a little research on Mysha’s statement. How could a tax heist really happen this day and age? Taxation without representation? Well…when you think about it there are several tea parties running about nowadays. And our nation’s deficit is really high too…probably due to mismanagement or political games played in Washington. President George W Bush’s administration went to war while implementing tax cuts – and President Obama’s administration is spending and borrowing money without a logical plan to reduce our nation’s debt. I suppose maybe these factors could inded create a recipe for a tax heist. After all, the tax increases begin before we will actually have universal healthcare. The tax heist begins in 2011, yet Universal Healthcare won’t be implemented until Fiscal year 2016. That is a 5 year difference in which the government will collect extra revenue - but not use it towards healthcare! I wonder what will they actually use this extra money on? Do you really think the government is going to save the money or just replace it with IOU’s? The same way it has sloppily done with our Social Security, Medicare, and Mediacaid?

The health care bill passed by Congress and signed by President Obama is arguably the most significant piece of domestic policy legislation since the 1960s. The law will transform the financing of U.S. health care as government mandates coverage for individuals and becomes more involved in the pricing and terms of the policies they buy. Also, the bill expands Medicaid so that more people above the poverty line will now be eligible (up to 138 percent of poverty level).

But expanding subsidized access to health care is no free lunch. Somebody must pay for it. Because of this reality, in this Tax Foundation Fiscal Fact, we estimate the distributional effects of the health care reform law, the Patient Protection and Affordable Care Act.[1] That is, we quantify the transfer of money from higher-income groups that will be used to fund benefits for lower-income and middle-income groups.   http://www.taxfoundation.org/news/show/26200.html

In summary, I think my wife was on the right track… a modern day tax heist right before our eyes. Perhaps this is why major corporations and the private sector will be slow to add jobs? Maybe GDP growth will be sluggish for a few more years? Well now…What do you think about that?  If you're fine with this...then do nothing...if this upsets you - be prepared to vote this November.  And vote against anything else that may threaten your financial well-being.

Take the oath of financial responsibility by signing up with The BE FREE Compact!