Bring on the "Fiscal Cliff" 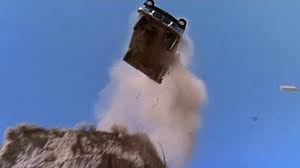 Lots of talk in the news nowadays about the "fiscal cliff" America is facing and how damaging it will be to the world economy.  A divided Congress that can't seem to get their act together to pass a budget or bipartisan legislature, and the Obama administration that may not be the best at negotiating, is said to be holding the world "hostage" by not raising the debt ceiling immediately and coming to a stalemate on entitlements and revenue.

However bad this fiscal cliff will be for the short term, one can't help but wonder if the fiscal cliff will be actually good for America's future in the long term.  Apparently, our elected officials in Washington can't come to an agreement and increased taxes for everyone is a more likely possibility rather than one class of American citizens paying more in taxes than the other.  In the short-term, perhaps in the first quarter or two of next year, the economy may take a little nose dive...but long-term, given our debts and deficits, perhaps a tax increase and reductions in government spending (i.e., a fiscal cliff) won't be the worse thing America has seen.

The wealthy, even with the threat of increased taxes, will still find ways to invest and make money tax-free...mostly because they will probably invest a portion of their wealth in muni-bonds, which are usually exempt from Federal and State taxation as I state in my book on tax loopholes, TAXLOOT and in my article about where the wealthy will be looking to invest for 2013 (click here) .

Notwithstanding, the Federal Reserve has vowed to keep printing money in their ineffective Quantitative Easing campaigns (QE1, QE2, QE3, QE4, QE Infinity)...this is no doubt currently causing far more trouble at home and worldwide when it comes to devalued currency, inflation, and asset bubbles bursting in the near future.

Traditional investments, such as stocks and bonds, might not perform the best over the next 2-4 years...but other alternative investments - such as real estate, commodities, etc. might be a better pick as the world economies figure out a way to synchronize.