Investments for 2011 and words for Corporate America. Just 2 quick thoughts of mine... 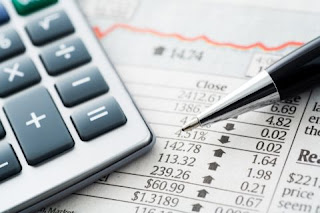 My investment picks for 2011

There's a war going on....a war with your money...yes your paper money.  Nations all over the world are becoming increasingly interdependent, and yet simultaneously more powerful ever since they all left the Bretton Woods system and began to intervene in the currency markets (i.e., The Plaza Accord).  But to avoid giving you a big history lesson - ever since the most powerful governments of the world began to meddle in currencies, have you noticed that the standard of living and potential for retirement has dramatically decreased for citizens in almost all countries?  The governments of the world are printing money and increasing the debt levels with reckless abandon (something our founding fathers feared would happen if there was a central bank, i.e. Federal Reserve).  While placing the burden onto its citizens via increased taxes and steadily pushing up the retirement age.  The only winners in this game is the International Monetary Fund, the World Bank, US Federal Reserve, Goldman Sachs, Bank of America, UBS, Wells Fargo......see a trend?
Forget what your "financial advisor" is telling you about how you should only invest in stocks and bonds...what good is your money in stocks when you find out that your company has been "cooking the books" (Enron, Worldcom, MCI)?  What good is your money in bonds when you find out that your company will file for bankruptcy (Chrylser, GM, Delta)?  What good is your retirement if your sole source of retirement income will be the stocks and bonds owned by your 401k?  or your IRA?  Assuming that you're able to retire considering the government keeps raising the retirement age....and we all know that social security in the future will barely pay our cellphone bills.

So what will I be investing in for 2011?  What's going to maintain your level of wealth going forward?  Well, I'm glad you asked.  Because I'm going back to the basics - I'm investing in the same vehicles that the most powerful governments and wealthy people are investing in...or should be investing in.  Commodities!  (Oil, Gas, Silver, Wheat, Corn, Coffee, Pigs, Cows, etc.)  And also real estate! (Land, Buildings, REITS, etc.)  Why do I like these investments?  Because as the government keeps printing money - the value of our dollar goes down.  And what goes up?  The cost of food, electricity, gas (notice how gas prices are slowly going up?), shelter, transportation, etc.

The wealthiest people in the world are starting to catch on to this trend....the governments with the most cash on hand are looking to diversify into commodities as well (i.e., China).  China and other countries with cash surpluses are looking to buy up oil wells in the US, Canada, Africa, and other countries around the globe.  These types of transactions create jobs nonetheless, but ultimately we will be working for China's prosperity.  I probably just opened up another can of worms with that statement - but I'm forcing myself to stop here...to insure that these are quick thoughts of mine. 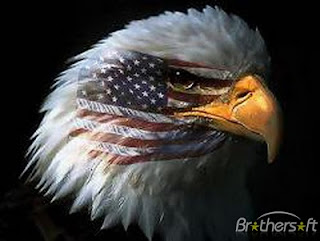 Oil and water.  Stripes and Polka dots.  They don't mix.  Nor do Generation Yers and traditional Corporate America.  Why?  Because most of us do not see the point in working 8am - 5pm, M-F, without any flexibility for the next 50+ years of our life.  Key word is flexibility.  Look for Corporate America to change as we know it going forward...hopefully.

Corporations today (especially newer corporations) are becoming more efficient, leaner in operations, more productive, and more flexible.  Relaxing the standards in the dress code, hours worked, and allowing for some telecommuting.  While this is just the tip of the iceberg - I expect more Gen. Yers to force change at the top...and for those corporations reluctant to change - watch as they wither away.  Because the intelligent hyper-flexible Gen Y individual will probably leave the corporation or become an entrepreneur and compete against it.

Most corporations have decisions made at the top and then those decisions trickle down to the employees.  But instead it should allow for decisions and ideas to flow horizontally throughout the corporation and allow for the employees to have input with the managers about the direction the corporation should go.  This allows for more profitable corporations and bigger salaries for all those who are employed by it.  It's a win-win environment...the managers win because they realize that better ideas and improved operations can come from those who are currently working in the operational positions.  Employees win because they have a sense of ownership and more input and involvment within their company, and more communication and transparency with upper management about the finances and direction of the company.

That being said...I still root for the employee and the entrepreneur that lies within.  Because your financial position and financial outlook on life is a lot better as an entrepreneur.  Leverage the skills you learn on your job and then find make a plan to branch out on your own after 3-5 years on the job.  It will be tough, and success might not come right away...but keep working at it.  Or give up and just settle for a mundane 8-5, M-F job where you have to ask some other adult to use your vacation time, where you feel you're making less than you're worth, and you're subject to a dress code...for the next 50+ years.  The call is yours.