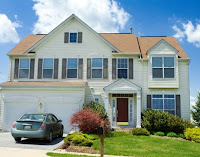 There are many theories (proven and unproven) concerning economics that will explain what is going on with our economy and how to fix it.  For instance, Supply Side economics, Keynesian economics, and Classical economics are just a few theories from the Economic school of thought that attempts to elaborate on past and current problems concerning supply and demand.  So I decided to introduce my own theory of Personal Economics to expound on a few solutions for individuals suffering from the financial downward trend of the US economy.

What is the best way to protect our financial well being from what happens in Washington?

First, let me explain the “gloom and doom” situation that the United States is in and afterwards I will show you how all is not lost – if we act now.  Our debt levels have reached critical and somewhat unsustainable point where we, as a country, might not be able to “dig” our way out.  As posted in a Reuters article “Roughly 70 percent of China's $2 trillion foreign exchange reserves are U.S. government loans. China is the biggest holder of the $10.9 trillion U.S. government debt in the world, followed closely by Japan who, along with the United Kingdom, shares more than 50 percent of it.

Not only does our government owe other nations, we owe Americans as well…mostly older Americans, or Baby Boomers, that rely on or will rely on Social Security, Medicare, and other promised benefits that there is no money for.  Here’s an article posted by the Associated Press on March 15th, 2010:

“For more than two decades, Social Security collected more money in payroll taxes than it paid out in benefits — billions more each year.

Not anymore. This year, for the first time since the 1980s, when Congress last overhauled Social Security, the retirement program is projected to pay out more in benefits than it collects in taxes — nearly $29 billion more.

Sounds like a good time to start tapping the nest egg. Too bad the federal government already spent that money over the years on other programs, preferring to borrow from Social Security rather than foreign creditors. In return, the Treasury Department issued a stack of IOUs — in the form of Treasury bonds — which are kept in a nondescript office building just down the street from Parkersburg's municipal offices.

Now the government will have to borrow even more money, much of it abroad, to start paying back the IOUs, and the timing couldn't be worse. The government is projected to post a record $1.5 trillion budget deficit this year, followed by trillion dollar deficits for years to come.”

It looks pretty bad – the United States is supposedly the most powerful country in the world…but what happens if we become not so powerful?  Research your world history…many empires have come and gone not due to outside threats but mostly due to the might of their own hand.  The Roman empire imploded…the Chinese empire (Ming dynasty) imploded…the Egyptian empire imploded.  Get the picture?  Is the US economy next?  Imploding under the pressure of increased taxation of its citizens and corporations?

How to protect your financial well being: